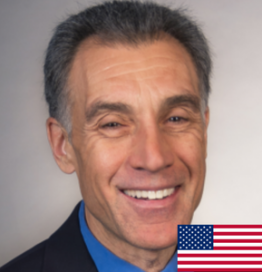 Marlo has been published in The Washington Times, Investors Business Daily, TechCentralStation, National Review, and Interpretation: A Journal of Political Philosophy. He has appeared on various television and radio programs, and his ideas have been featured in radio commentary by Rush Limbaugh and G. Gordon Liddy.

Prior to joining CEI in 2002, he served as Director of External Relations at the Reason Foundation in Los Angeles, California. During the 106th Congress, Marlo served as Staff Director of the House Government Reform Subcommittee on National Economic Growth, Natural Resources, and Regulatory Affairs. Marlo has also served as Research Director for the grassroots organization, Citizens Against Government Waste. Earlier, he was a Staff Consultant to the House Foreign Affairs Subcommittee on International Economic Policy and Trade, a Special Assistant at the State Department Bureau of Inter-American Affairs and Bureau of International Organization Affairs, and a Visiting Assistant Professor of Political Science at Claremont McKenna College.

He holds a Ph.D. in Government from Harvard University and a Bachelor of Arts in Political Science from Claremont McKenna College. His interests include the science, economics, and politics of global warming policy; the precautionary principle; environmentalism and religion; and the moral basis of free enterprise.