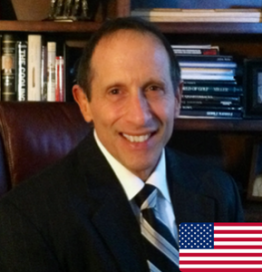 Joe Bastardi is an institution in the science of weather prediction and is co-chief Meteorologist at WeatherBell, which he joined at the company’s founding. Many companies across a multitude of industries, including energy, winter maintenance and retail/supply chain, are profiting from his forecasts. His exceptional skills are rooted in a comprehensive understanding of global oscillations and in-depth analysis of historical weather patterns.

Mr. Bastardi’s analog approach, which finds similarities between current and historical weather patterns, allows him to make an accurate forecast, sometimes in defiance of computer model consensus. Mr. Bastardi is well known for his WeatherBell Premium blog, featuring the popular videos “The Atmospheric Avenger,” “The Raging WeatherBull” and “The Saturday Summary.”

During his 32 year tenure at Accuweather, Mr. Bastardi built a large private client services business and honed his skills at applying his knowledge of the weather to various applications. His reputation for making bold and accurate forecasts has landed him on major television programs including Fox News Live, ABC World News, The O’Reilly Factor, The Colbert Report, CBS’ The Early Show, Imus in the Morning, and several others.

Mr. Bastardi graduated from Pennsylvania State University and holds a Bachelor’s Degree in Meteorology. He is one of the world’s most-knowledgeable people on the history and behavior of hurricanes.