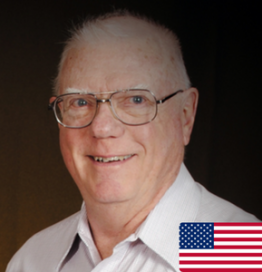 Howard Hayden, professor of physics emeritus in the Physics Department of the University of Connecticut, is editor of The Energy Advocate, a monthly newsletter promoting energy and technology.

A Colorado native, Dr. Hayden entered the University of Denver as an engineering major, but soon discovered that he wasn’t temperamentally suited to all that reality. He switched to physics and went on to earn his B.S., M.S., and Ph.D. at DU.

On receiving his Ph.D., he went to the University of Connecticut where he spent 32 years doing teaching and research. He did accelerator-based atomic physics, including measurements of cross-sections for various processes, measurements of energy loss in atomic collisions and of lifetimes of excited states, beam-foil spectroscopy, and ion implantation. He also performed a Trouton-Noble experiment that was 105 times as sensitive as the original.

Follow the Science: Wouldn’t it be nice if the IPCC would do so?

The science includes applying the Stefan-Boltzmann radiation law to the surface of the planet.  That law is mentioned in IPCC’s Sixth Assessment Report for the very first time, but does not recognize its applicability to the surface.  Had the IPCC applied the law, they would have discovered some serious errors.

Panel 3A: Is Climate Science Scientific?