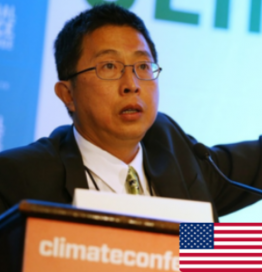 Willie Soon is both an astrophysicist and a geoscientist based in Cambridge, Massachusetts. He is the receiving editor in the area of solar and stellar physics for the journal New Astronomy. He writes and lectures both professionally and publicly on important issues related to the sun, other stars, and the Earth as well as general science topics in astronomy and physics. He is the author of The Maunder Minimum and the Variable Sun-Earth Connection.

Soon was recognized with an award for detailed scholarship on biogeological and climatic change over the past 1,000 years by the Smithsonian Institution. In 2004, he was presented with the Petr Beckmann Award by Doctors for Disaster Preparedness for “courage and achievement in defense of scientific truth and freedom.” In 2014, at the Ninth International Conference on Climate Change, the George C. Marshall Institute awarded Soon the “Courage in Defense of Science Award.”

The views expressed by Willie Soon are strictly his own and do not reflect those of any institutions.