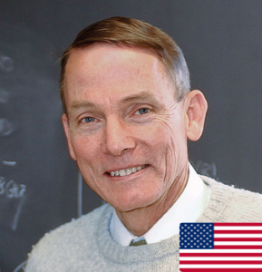 William Happer, Professor Emeritus in the Department of Physics at Princeton University, is a specialist in modern optics, optical and radiofrequency spectroscopy of atoms and molecules, radiation propagation in the atmosphere, and spin-polarized atoms and nuclei.

Dr. Happer began his academic career in 1964 in the Columbia University Physics Department, and during this period of time worked at the Columbia Radiation Laboratory, including as Director from 1976-1979. In 1980, he joined the faculty of Princeton University. From 1991-1993, Happer was Director of Energy Research at the U.S. Department of Energy, overseeing a research budget of $3 billion. Returning to Princeton after his time at DOE, he served as Eugene Higgens Professor of Physics and Chair of the University research board from 1995-2005. From 2003 until his retirement in 2014, he held the Cyrus Fogg Brackett Chair of Physics.

Happer has published over 200 peer-reviewed scientific papers. Awards include an Alfred P. Sloan Fellowship in 1966, an Alexander von Humboldt Award in 1976, the 1997 Broida Prize and the 1999 Davisson-Germer Prize of the American Physical Society, and the Thomas Alva Edison Patent Award in 2000.

Happer possesses a B.S. in Physics from the University of North Carolina and a Ph.D. degree in physics from Princeton University.

Happer is a founding board member of the CO2 Coalition, established in 2015 as a 501(c)(3) for the purpose of educating thought leaders, policy makers, and the public about the important contribution made by carbon dioxide to our lives and the economy.