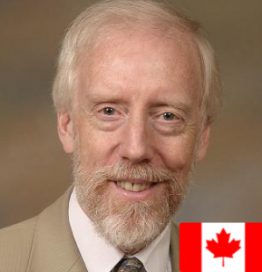 The International Climate Science Coalition (ICSC) is a non-partisan group of independent scientists, economists, and energy and policy experts formed in 2008 to promote a better understanding of climate science and policy worldwide. The ICSC aims to help create an environment in which a more rational, open discussion about climate issues emerges, thereby moving the debate away from the implementation of costly and ineffectual “climate control” measures. ICSC encourages assisting vulnerable peoples to adapt to climate variability and continuing scientific research into the causes and impacts of climate change.

Mr. Harris lives and works in Ottawa, Ontario, Canada. He has 30 years’ experience as a mechanical engineer/project manager, science and technology communications professional, and technical trainer. He was a science and technology advisor to a former Opposition senior environment critic in Canada’s Parliament. From 2006 to 2008, he was executive director of the Natural Resources Stewardship Project (Canada).