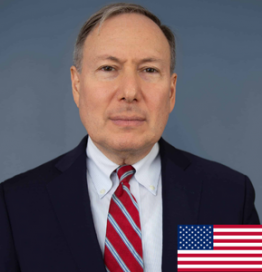 Ben Lieberman is a senior fellow who specializes in environmental policy at the Competitive Enterprise Institute. Lieberman has returned to CEI after serving seven years as a senior counsel on the U.S. House Committee on Energy and Commerce. As a congressional staffer, he worked on a number of issues related to fuels and vehicles, including the Renewable Fuel Standard and Corporate Average Fuel Economy (CAFE) standards. He also worked on energy infrastructure permitting reform, home appliance energy efficiency standards, and the Montreal Protocol on Substances that Deplete the Ozone Layer.

Previously in his career, Lieberman completed a decade-long stint at CEI as well as five years at the Heritage Foundation. He will continue to work on energy and environmental policy issues in his latest position at CEI, with an emphasis on reforming the federal permitting process for projects that are subject to it.

Lieberman has published hundreds of op-eds and articles, including in the New York Post, Chicago Sun-Times, The Washington Post, Weekly Standard, and National Review. He has appeared on a number of radio and television programs on Fox News, CNN, MSNBC, Bloomberg, and CNBC. He has also testified before Congress on a number of energy and environmental issues.