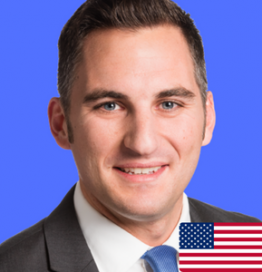 Timothy Doescher (pronounced Desher) is the associate director of Coalition Relations at The Heritage Foundation, tasked with maintaining relationships and promoting Heritage policy surrounding tax, energy, agriculture, budget, and economics in general. Prior to this, Doescher spent two years as a research associate in Heritage’s Project for Economic Growth, supporting the work of economist Stephen Moore, and writing frequently on various economic issues.

Before joining Heritage, Doescher served as a representative to Lt. Governor Mary Taylor in the State of Ohio, focusing on regulatory reform for business, and speaking to several groups around Ohio. During the George W. Bush presidency, Doescher was an appointed member of the White House staff, serving as editor of Presidential Correspondence.

He has worked on two presidential campaigns including Sen. Mitt Romney and Sen. Rick Santorum, worked on legal reform issues at Lawyers for Civil Justice, and served as a law clerk focusing on immigration and corporate law.

Doescher is currently co-host of the Heritage Explains Podcast. His work has been published in Investor’s Business Daily, Fox Business, The Detroit News, The Washington Times, The Orange County Register, The Daily Signal, and he has also appeared on national radio and TV programs.

Born in Detroit, MI and raised in the surrounding suburbs, Doescher earned a B.S. in political science and journalism from Central Michigan University, and earned his J.D. from the University of Detroit Mercy.

Doescher currently resides in Northern Virginia, and when he’s not training for an ultra-marathon, he’s drumming on the National Community Church worship team.