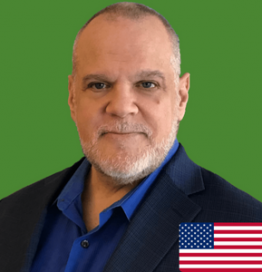 Kenneth P. Green received his doctorate in Environmental Science and Engineering from the UCLA, an M.S. in Molecular Genetics from San Diego State University, and a B.S. in Biology from UCLA. He has used his expertise for 25 years at public policy research institutions across North America, including the American Enterprise Institute (AEI), the Reason Foundation, and the Fraser Institute in Canada.

His list of publications includes policy studies, magazine articles, opinion columns, book and encyclopedia chapters, and two supplementary textbooks on climate change and energy policy intended for middle-school and collegiate audiences respectively. His writing has appeared in major newspapers across the U.S. and Canada, and he has appeared regularly on both Canadian and American radio and television. Green has testiﬁed before several state legislatures and regulatory agencies, as well as giving testimony to a variety of committees of the U.S. House, U.S. Senate and the Canadian House of Commons.