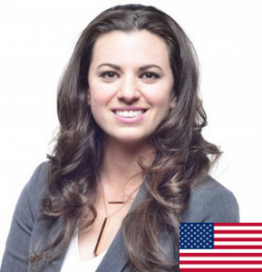 Jenna Bentley is the Director of Government Affairs for the Goldwater Institute.

After moving from Massachusetts to Arizona in 2007, Jenna has worked in the private and public sectors handling legal compliance, National and State political campaigns, and in policy. As Director of Government Affairs for the Goldwater Institute, she works at the Arizona Capital to ensure Constitutional liberties are protected. Jenna has worked extensively in property rights, tax reform, education, free speech, occupational licensing reform, and election law.

Prior to joining the Goldwater Institute, Jenna served as the Executive Director of Market Freedom Alliance, based in Phoenix. In that role, she successfully oversaw several legislative initiatives which allowed more freedom for business owners and brought tax revenues back to Arizona. She also was responsible for creating grassroots efforts which focused on voter education and awareness regarding upcoming legislation.

In 2014, Jenna worked for the Republican National Committee as their Southern Arizona Director. In that capacity, she focused on campaign management and strategy, grassroots mobilization, data, and voter turnout. She was personally recognized by the RNC for her successful creation of new engagement strategies that are now being used nationwide. Jenna’s work during the 2014 mid-term elections helped create a surge in voter turnout, leading to victories for all their candidates in Southern Arizona.

She is a graduate of the University of Arizona and ASU Sandra Day O’Connor College of Law.