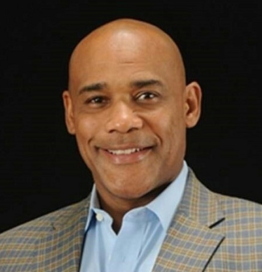 Derrick Hollie is President of Reaching America, a 501(c)(4) organization developed to address complex social issues impacting African American communities today. These issues include energy poverty, justice reform, K-12 education, occupational licensing, and free speech. To bring a fresh perspective to today’s complex social issues impacting African Americans, Mr. Hollie has written op-eds, blogs, and often participates in speaking engagements, as well as radio and television interviews. He is a contributor to the Huffington Post, The Daily Signal and executive producer of the Reaching America on Demand with Derrick Hollie weekly podcast. His work has created an interest among individuals across various political, cultural and social backgrounds in what Mr. Hollie refers to as a “Modern Day Movement.”

For his outstanding achievements and commitment to his alma mater, East Tennessee State University, Mr. Hollie received their prestigious Alumni Award of Honor in 2007. He was only the second African American male to receive such an honor at that time.

Prior to launching Global Advertising 1st, Mr. Hollie served as National Sales Manager with Radio One, Inc, the nation’s seventh largest radio broadcasting company and the largest company primarily targeting African-American and urban listeners. During his six-year tenure at Radio One, Mr. Hollie generated over $50 million dollars in advertising revenue. In addition, he managed a sales staff of more than 60 people in 13 major markets nationwide. The ad revenue that Mr. Hollie consistently generated helped to better position Radio One during their IPO launch and was instrumental to their overall success. Mr. Hollie also worked part time as an on-air personality on WMMJ, Magic 102.3 FM in Washington, DC.

Mr. Hollie lives in the suburbs of Maryland with his wife and two children and is very active in the community. He is an avid runner and supports various initiatives through his fraternity and other local organizations.