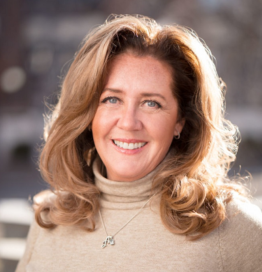 Amy Oliver Cooke is the CEO of the John Locke Foundation in North Carolina. Amy leads a team of nearly two dozen researchers, writers, and outreach professionals who provide nonpartisan public policy analysis to lawmakers, elected and appointed officials, and news media. She also will serve as Publisher of Carolina Journal. Across its print, online, and broadcast platforms, the Carolina Journal franchise reaches more than one million people each month.

Before taking over the leadership of the John Locke Foundation in January 2020, she was the long-time executive vice president and director of the Energy and Environmental Policy Center for the Independence Institute — Colorado’s free market, state-based think tank.

Cooke began working in energy policy in 2010. She is one of the few state-level, free market energy policy experts, and is famous for her provocative messaging like “Mothers In Love with Fracking” and “I’m an energy feminist because I’m pro-choice in energy sources,” which the eco-left called “hands down the worst kind of feminism.”

In December 2016, Cooke was honored to be the second person named to President Trump’s Transition Team for the Environmental Protection Agency. She is also a former senior fellow with the influential Independent Women’s Forum, a free market think tank headquartered in Washington, D.C.